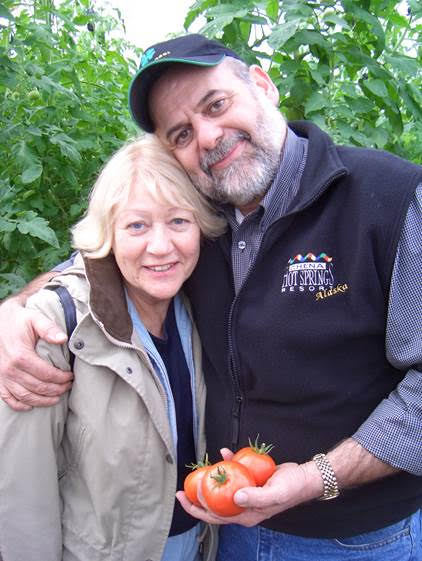 celebrating the accomplishments of

Constance Parks was born in Andover, CT, the single girl after 4 older brothers. It can only be imagined that she had an adventurous spirit from the get-go. Connie would tell you she had a great childhood, but lived in the country which, at that time, limited the activities a child could do. She has since made up for that!

When Connie was in her twenties, she hopped in her car, said goodbye to her father and ventured across country. She would go as far as her wallet would take her. Each time she ran out of money, she found a “manpower agency” and took a temp job to make enough money to get to the next adventure. She ended up at the 1968 Olympics in Mexico and somehow became part of a camera crew with a backstage pass!

In 1971, her thirst for adventure took her to Alaska to work on the pipeline, where at a mere 5 feet tall, she was changing truck tires more than double her height and powering through a man’s world. She fell in love with Alaska and has humbly made it her home ever since, always doing her best to improve her community. Connie has worked alongside Bernie for more than 40 years, helping to manage K & K Recycling, Chena Hot Springs Resort and a few other business ventures. She is a past President of Fairbanks Women in mining, member of the Fairbanks Quota Club, past member of the Fairbanks North Star Borough Air Quality Commission, member of the Fairbanks Chamber of Commerce and the Visitors and Convention Bureau. As a former girl scout leader, Connie was the recipient of the 2013 Farthest North Girl Scout Woman of Distinction Award.

Bernie
Bernie Karl would tell you he’s a “paper boy from Peoria, IL”. That’s where he was raised, #6 in a family of 16. That’s where his work ethic came from, as he delivered papers and mowed lawns to help his family. His entrepreneurial spirit led him to his first venture collecting houses to rent and by age 20 working multiple jobs at both Caterpillar Tractor and Pabst Brewery.

But Bernie had an adventurous spirit as well and he had an interest in the vast unknown we call Alaska. The opportunity to go and work there was an incredible opportunity, so he took it. He left home in 1974 and would only return to visit. Bernie went to work on the Alyeska Pipeline. He lied about his age so that he would be better respected by his colleagues and tirelessly read manuals so that he could fix machines without having the experience, only the knowledge from the books.

Bernie Karl LOVES Alaska. He notably says, “God lives here, he visits everywhere else”. Bernie has made it his mission to improve the lives of others, living the “sustainable is attainable” mantra and using his geothermal expertise to encourage others to live that lifestyle.

Always with Connie by his side, he mined for gold, started K & K Recycling, turned Chena Hot Springs into a worldclass resort, moved a camp from the North Slope to Healy and then to Kodiak, and has had a hand in countless other business ventures. Bernie was named the 2010 Business Leader of the Year by the UAF School of Management.

Bernie and Connie met on the pipeline. She was a cute little blonde, driving the bus hauling workers to and from camp. According to Connie, he was a “loudmouthed jerk” who happened to ride her bus. It took some convincing, but Connie ended up giving Bernie a chance. When she started checking off the list all the big dreams Bernie said he would accomplish; she knew he was for real. That was over 40 years ago. Since then, they have lived an incredible Alaskan life together, making the Golden Heart City their home. But it is their hearts of gold that have made them extremely dedicated to Alaska. They have always tried to make it a better place. Most recently, they made sure that Ice Alaska, an organization they helped start many years ago, is still running.

Above all the incredible accomplishments over the years, their biggest accomplishment is their dedication to each other and their family. Connie was diagnosed with ALS in January of this year. Bernie has taken care of her every day since. These two Alaskans don’t tell you how they feel, they show you with their actions. This couple meant it when they said, “For better or for worse,” and they show us all how to live life to the fullest. Bernie and Connie have one daughter, Amber, and her husband Doug. They have two grandchildren, Ava & Sara, who are all blessed to have these two people as role models.

A big Thank you to our Sponsors!!

Click "Be A Scout" to find a pack or troop!

Call us for Information